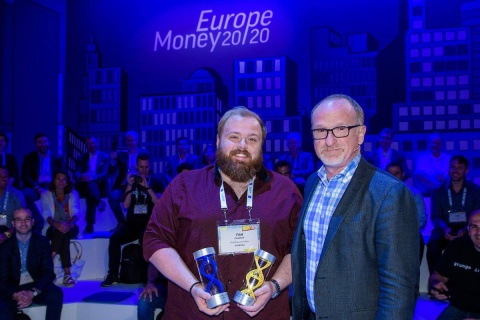 With over 350 applications being whittled down to 15 to pitch in the final, the competition was fierce, making it difficult for the judges to come to an overall decision. The judges consisted of Visa’s senior directors and executives, as well as guest judges such as Erez Arahoni, ICC and Birte Quitt, Erste Group. To date, over 1,500 companies from all over the world have competed in the Visa Everywhere Initiative since it was launched in the United States in 2015.

The CEO and winner of the competition Tom Charman said: “I believe what made KOMPAS stand out from the other contestants, was both a combination of the technology we’re building, but also our ability to integrate with Visa services; providing a completely personalised experience for our end user”.

The Company was established in 2015, after the founding team realised that there was a huge opportunity in the market, believing that the market had lost touch with their customers, who were placing an increasing demand on tailored, and personalised experiences. Since then, they’ve got on to raise a round of angel investment, and have won multiple awards for the innovation in travel and technology, with all of the founding team recently being highlighted as ones to watch by startups.co.uk

They intend to use the money they won in Copenhagen, to begin operations in new cities, while running a pilot with Visa that looks into the personalisation of their customers. Their goal is to make it easier for the best of the city to get its moment in the sun, no matter the size, and advertising budget of the company in question