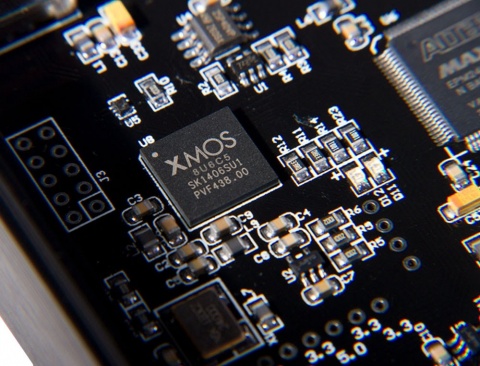 To help our aspiring entrepreneurs and future SETsquared Bristol members, we are showcasing a number of case studies demonstrating the breadth of tech and depth of success in SETsquared Bristol and what it takes to achieve. One such notable success is XMOS now a world leading business in voice and audio interfaces for consumer electronics.

The key objective for the company was to provide a flexible programmable embedded platform that entrepreneurs could use to productise their IP, removing the need to manufacture bespoke silicon chips for a variety of applications. This unique silicon architecture is now used by XMOS, along with their own software and algorithms for voice user interface applications.

What moved it from an idea to a commercial entity

XMOS joined SETsquared Bristol in 2005, on its inception. It was serendipitous, based on proximity – both organisations shared a building on Park Row.

XMOS was in the incubator from 2005-2007. During that time, Nick Sturge acted as a mentor to the business providing critical support during the company’s formative years. On completion of the A-round of venture funding, XMOS left the incubator as a fully independent commercial entity.

Notable successes of the past 12 months:

The company completed a major funding round in September, and moved to new offices in Queen Square, in the heart of Bristol, just before Christmas.

In 2018, end users will see that “Alexa” and other Voice User Interfaces will start to move from being stand alone iconic devices, to being invisibly integrated into electronics around the edge of the room – in their smart TV, washing machine, and set-top box. XMOS’ core technologies – VocalFusion and VocalSorcery – will enable this “edge of room” integration, and their products will be deployed in significant commercial volumes.

XMOS will also work with its strategic partner and investor, Infineon, on the development of SensorFusion technologies that will help to deliver their vision of human machine interface (HMI) technology for fully smart environments.

Are you thinking of becoming a high-tech entrepreneur? Take some advice from XMOS CEO Mark Lippett:

“Technology moves very fast so you can’t do it all on your own. Talk to people you trust to constantly test the validity of your vision and IP. Don’t be afraid to change the original concept if you really believe it will make a difference to your success. Stay true to your vision, but it will be your grit and determination that wins in the end!”