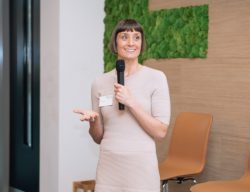 transParently is a new start-up which is developing a cloud based collaborative communications portal to securely link individuals and professionals during and after a separation or divorce. The team took part in SETsquared’s two-day Entrepreneurship Programme in May.

Based on the strength of their business plan they have now been offered a fully funded place on SETsquared’s Incubation Programme for 12 months at the Basingstoke Hub, to help further hone their proposition and investor pitch.

Following this success, the team has since been picked to pitch at a further two events. The first hosted by VCEntrepreneurs at Grant Thornton in London, in front of 70 people which attracted immediate interest and attention. From this event they were cherry-picked by Adelpha Life to become one of a select group of companies that they represent and were showcased at their private launch a week later, this time in front of 250 people.

In addition, they also won ‘Best Business Idea of the Year’ at the ISLEXPO on the Isle of Man.

Founder Becki Cassia commented: “We literally haven’t stopped since the Entrepreneurship Programme, it’s really has acted as a springboard on to bigger and better opportunities. I came up with the idea for transParently during my own divorce, the help that I really wanted and needed just wasn’t available. I spent a lot of time talking to other people experiencing the same, as well as those professionals within the industry to truly understand their pain points. This ultimately started me on my journey.”

“We’re very much looking forward to working with the team at SETsquared to move our business forward. The next steps for us are build our team and to find investment.  I would urge other tech start-ups to take part in SETsquared’s Entrepreneurship Programme – it’s definitely been a stepping stone to success for transParently.”