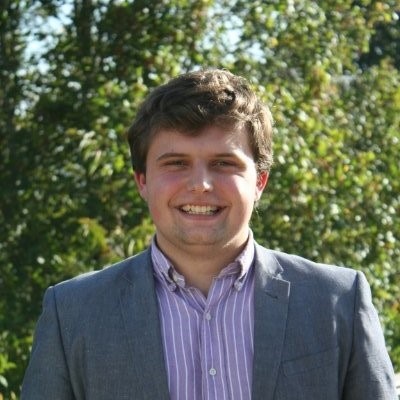 He then created  a quiz to help undecided voters choose between the political parties.

The quiz has broken the previous UK record of 1.1 million users.

“We’re delighted that GE2017.com has now become the largest voting advice site ever built in the UK,” said Matt.

Speaking about buying the GE2017.com domain name, he added: “I snapped it up because the snap election meant people would be searching more than ever and ‘GE2017’ would be a major search term.”

Before diverting his attentions to the election, Matt was working on his start-up company  Explaain, which creates interactive fact cards for news websites.

He said his team built on the work of previous voting advice sites by including “nuance”  answers to provide greater accuracy.

They also included  a special section where students can compare whether their vote matters more at home or at university.

“Social media networks already know about your beliefs, ambitions, interests, like and dislikes, so it wouldn’t be a big jump for them to automatically create a voter advice application which was tailored to individuals,” he said.

Matt was named as one of our ‘ones to watch’ in our Top 50 entrepreneurs in 15 years, read his profile