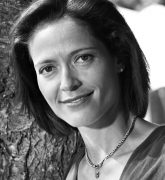 For over 25 years, Amanda has combined her own automotive passion with being one of the UK’s leading female motorsport, classic car and automotive TV broadcasters, and has built a reputation for her knowledge and understanding of the international car industry, developing technologies, government policy and consumer motoring.

She began her motoring career on leaving university by running the office, payroll and administration for  a historic race team and immediately caught the eye of motorsports broadcasters where she has gone on to present motorsport coverage for BBC, ITV, Channel 4 and Sky in the UK; Fox Sports in the US, and Eurosport.

More recently, having worked with numerous OEMs in a variety of roles but essentially to enable them to communicate technology and development changes to both product and policy, she has become a regular contributor to both BBC and Sky making sense of the rapidly changing personal mobility landscape.

But Amanda is more than just a spokesperson, because unlike her peers she has raced competitively in historic, modern GT and Le Mans prototypes on the world’s most famous race tracks, and is still the only British female racing driver to have ever won an International long distance GT race.

Is the UK ready for electric cars?

For over 25 years, Amanda Stretton has combined her own automotive passion with being one of the UK’s leading female...