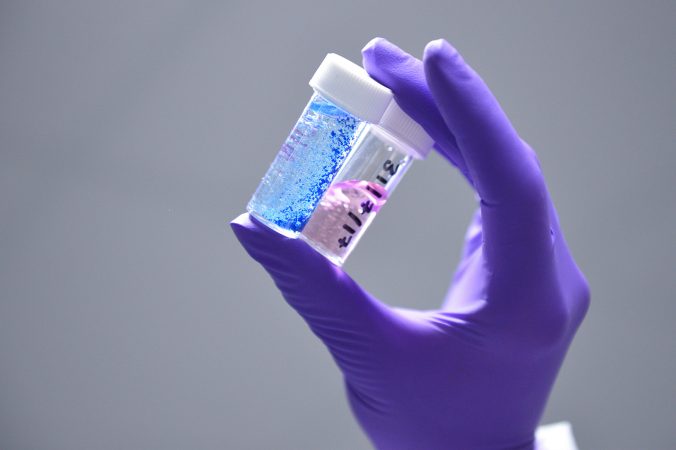 Pertinax Pharma has developed a suite of controlled release antimicrobial materials composed of chlorhexidine polyphosphates. The materials act to release a common antiseptic, chlorhexidine, over an extended period and with a chosen dose. Chlorhexidine is a broad-spectrum antimicrobial which can kill a wide range of bacteria, fungi and yeasts which cause infections. Pertinax’s patented material is a platform technology with many uses in medical devices and topical agents; the company is currently focussing on wound dressings and sutures, in which the material’s release properties are particularly effective at keeping infection at bay over a clinically relevant period of time. It can also help to address some of the challenges of antimicrobial resistance, as it can be used in place of antibiotics and/or to circumvent the need for antibiotics in some instances.

“Pertinax technology was invented in my research group at the University of Bristol. The ICURe Programme was fantastic as it gave us protected time to go out and speak to potential customers and find out exactly what they wanted rather than developing our technology in isolation. It also made us re-assess who our customer actually was. We initially focussed on clinicians, who give extremely useful feedback on what they’d like to see in a product, but our actual customers are those partner companies who develop and manufacture medical devices such as advanced wound dressings and sutures, rather than the end users themselves.”

“At the ICURe Options Roundabout, it was recommended that we apply for an Innovate UK Aid for Start-Ups grant, which we were successful in securing. This was pivotal as it enabled us to leverage Venture Capital (VC) funding – VCs have more confidence in a technology that has received public funding and it also offers them good value. The grant funding and early investments then enabled us to secure premises, employ staff and equip our lab.”

“We’ve now successfully identified how to scale our manufacturing processes and are in the process of selecting our Contract Manufacturing Organisation (CMO) who will manufacture our material to Current Good Manufacturing Practices (CGMPs). We are also making progress on the body of data needed for regulatory approval of our material, and of course the fact that the active component, chlorhexidine, has been in use for many decades means our regulatory pathway is more straightforward than if this were a completely new molecule.”