AMLo Biosciences: Making waves in the prognosis of skin cancers 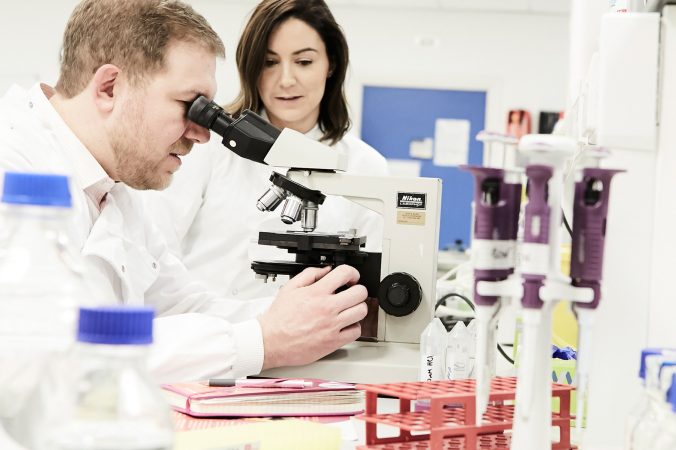 AMLo Biosciences is an early stage spin-out company from the University of Newcastle which aims to develop a suite of tests to help improve the management of patients with skin cancers. AMLo’s first product, AMBLor, is a prognostic test for early stage cutaneous melanoma, which can identify patients at true risk of disease progression. The test is set to transform the current melanoma care pathway, stratifying patients to the most appropriate treatments and follow up, reducing the psychological burden of patients, as well as saving health authorities millions of pounds in unnecessary patient surveillance.

Seed funding investment of £890,000 from a syndicate of venture capitalists and Angels led by North Star Ventures

“AMLo Biosciences was created as a direct result of my time spent learning the ropes of research commercialisation during the ICURe programme. Up until that point, I had no idea how to commercialise university research, not least how to spin out a company or where to begin to find investment. We believed we had discovered a new diagnostic test that could benefit patients, but we didn’t know if it could be commercially viable or how to take it to market”.

“By enrolling in the programme I was forced out of my academic comfort zone in to the world of business development. The ICURe programme guided me through carrying out in-depth market research and competitor analysis giving us a wealth of evidence for the real need for the test. As a result, at the ICURe Options Roundabout in May 2017 we were advised to spin the company out and start applying for grants and investment. That advice gave us the confidence and support we needed to take that first step, and shortly after, we had secured our first investment from Innovate UK of £218,800. This was crucial to advance our first AMBLor prognostic test and start validating it”.

“Less than a year later we were collaborators on an award from NIHR i4i to facilitate the confirmation of the prognostic utility of the AMBLor test in and outside the UK, as well as completing a round of seed funding from investors led by North Star Ventures totalling almost £900,000”.

“Furthermore, the ICURe programme enabled me to make a lot of valuable contacts with future collaborators, and we were able to use those connections to start validating our test in patient groups around the world. We are concentrating firstly on the USA, Australia and Spain but as our patent was granted in Europe and South Africa recently we are also looking to capitalise on all of those markets in the future”.

“I found the ICURe programme not only invaluable for accelerating the commercialisation of our test, but massively rewarding on a personal level. Before taking part, I had no real business inclination outside of my academic work. The programme has really opened my eyes to the commercial application of science. The knowledge and many skills I gained during the programme I hope to put to good use in the company in my future career.”