Working as the Student Entrepreneur in Residence I met many entrepreneurial students studying at the university, though I knew that these students were only the tip of the iceberg in the numbers of students at the university running successful business. Over the summer I was lucky enough to meet a former student at the University of Exeter, Jamie Brown, who never made it up to the Innovation Centre but had been running a remarkably successful online eCommerce website called Body Massage Shop, selling massage equipment to buyers throughout the EU.

After talking a lot about our respective businesses, where it was clear we shared many of the same challenges, gained similar but complimentary skill sets and both motivated to start new business ventures we agreed to explore the possibility of new projects. This experience re-inforced my view that connecting entrepreneurs, whether to share business growth issues or to engage in seed idea development, is an integrally worthwhile exercise.

As so often is the way one of the reasons Jamie never made it up to the Innovation Centre was as he was so busy running his business he didn’t have time to take out to explore the opportunities that the Innovation Centre / University of Exeter as a whole had to offer to early stage entrepreneurs. This paradox is something that we are certainly looking to address and if you have a business please do get in touch with the Invocation Centre to network with other business minded students.

From our early stage talks, followed by extensive research Jamie and myself decided to start a new business selling home gym equipment, from free weights to treadmills. The new business, called HomeGyms.co.uk, will be developed during late 2016 and launched in early 2017. I am hopeful that with our combined experience of running successful online businesses, and the skills the we have developed during our time operating these startups, that we can create new business model that can grow into something major. I will keep you updated!

Home Gyms is a new project started with Jamie Brown a former University of Exeter student.

As for an update on the new Wedding Band project I have started receiving a few enquiries starting to come through the website, though I have to say overall I have been slight underwhelmed with the level of traffic coming to the website. It will mean I will have to go back to the drawing board and reevaluate the data I have to explore whether the project as a whole is a viable one. Though we are still in the early stages of the project I had expected a greater flow of traffic to be coming to the website, similar to that of the music tuition websites, however, the data sets are really quiet different in terms of click through rate. So still work to be done on this project I think!

As for MGR Music Tuition the business is still continuing to grow rapidly, with recent months seeing new websites like Piano Lessons Belfast, Singing Lessons Rotherham and Singing Lessons York all being launched, or under development. With over 130 teachers both in the UK and Ireland the business has grown significantly during 2016 and with strong growth prospects for 2017 as well – though issues around Brexit, Scottish Independence and economic prospects on account of these do add to a more uncertain picture moving forward. 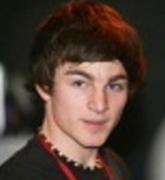