When will driverless cars be a reality on UK roads? 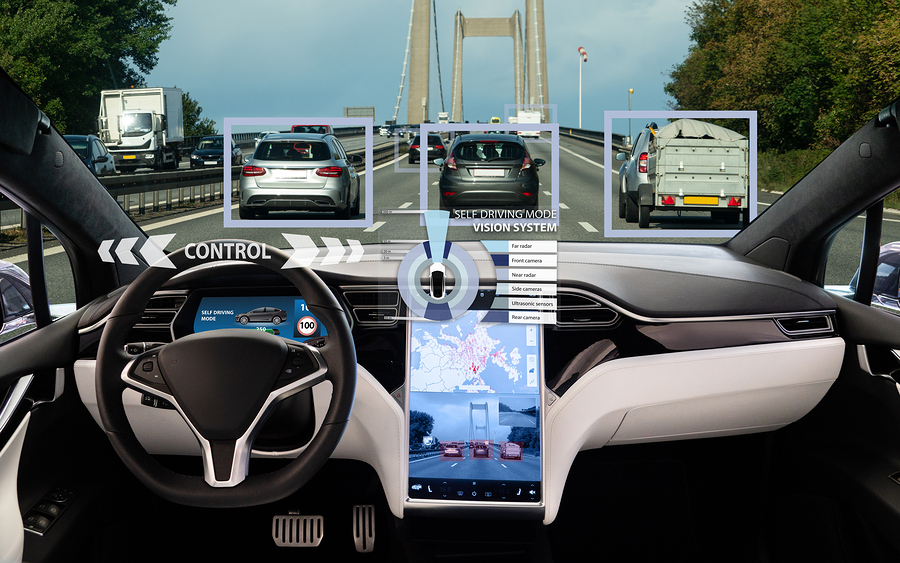 The Government says the UK market for self-driving technology will be worth £52bn by 2035, and its keen to move towards having driverless vehicles on our roads by 2021. Successful advanced driverless car trials have already taken place, but doubts have been raised about whether the technology and the infrastructure to support autonomous vehicles (AVs) can be ready in time.

This was also the general consensus at the Future of the Car Roundtable Debate hosted by Business Leader Magazine and sponsored by SETsquared. Two of the expert panellists from that discussion have joined us to share their thoughts on when AVs will be a reality on UK roads and what challenges lay ahead for the industry.

One of the biggest challenges is the UK’s electric charging infrastructure, which is needed to power AVs, and this is a topic we have explored before in a previous SETsquared blog article called ‘Is the UK ready for electric cars?’

“It’s a bit chicken and egg, the consumers are not buying electric-powered vehicles because of range anxiety and the government will struggle to get petrol and diesel cars off the road without loads of money being invested into the infrastructure,” said William Hartley, Director of Asirius and an independent automotive consultant. “At the moment I don’t see a tied-up strategy and a plan being put in place to make it work.”

John Barker is Head of R&D at Simply Do Ideas, which supports greater collaboration to solve these infrastructure challenges. “There’s a need for innovation to enable electrification to be built into the roads through wireless charging and dynamic grid systems, but this is still at the proof of concept stage. That kind of infrastructure is difficult for public financing to support and it’s also challenging for the National Grid and the Highways Agency.”

“I also think the prevalence of electrification relies on lots of other supporting technologies such as advanced battery technology, the 5G network and I can see fintech and blockchain being needed to help facilitate it. Collaborative solutions need to be found by these diverse innovators working together digitally to drive interoperability, rather than leaving it to hopefully fit together like a jigsaw; and this planned approach is something Simply Do Ideas can help with,” added John.

Huge safety concerns exist, with 73% of consumers saying in 2016 that fully self-driving cars will not be safe. The situation has improved following well-publicised testing on UK roads. A Nissan Leaf broke the record for the longest self-driving journey; 230 miles from Cranfield to Sunderland on a range of roads, including the M1. There have also been trials in London to help prove AVs can drive safely in complex urban environments.

94% of road accidents are caused by human error and self-driving vehicles have the potential to make our roads much safer, but the public perception of them is that the software is not safe enough.

“Safety is a really interesting one,” said William. “There’s the ethical debate about AVs ‘playing God’ and how they’ll make valued judgements for example, should the system be programmed to hit the car in front and potentially kill its passenger or swerve and impact a pedestrian?”

“For me, our approach to safety doesn’t need to change. We build crash structures and set criteria that must be met by all car manufacturers to create the best-case scenarios when impact occurs. Hazards are all around us and AVs present the opportunity to detect and control how to deal with them more efficiently than humans. Let’s not get too scared about being able to control things better; instead we should put our energy into processes and standards that manage safety.”

“Safety is always going to be an infinite loop. Millions of hours can be spent testing theoretical systems through simulation and track, but it’ll never resolve the real-world. Whatever legislation is implemented, it has to be accepted that it’s going to be an incredibly steep learning curve and some of the rules will be wrong and need to be changed. For me, the issue of safety shouldn’t create fear or delay progress – we have to start somewhere, and we may get it wrong, but we improve it until the overall perception is that AVs make few mistakes,” argued William.

Another critical aspect of safety hinges on the integrity of the driverless technology. There is a risk that the system can be hacked with disastrous consequences for passengers and those on the road around them.

“Cybersecurity is a massive concern,” said William. “Crime is always going to exist, and hackers will always keep trying to find a way in. I think real-world solutions need to be found for a whole host of potential issues, for example how does an AV distinguish between an unusual request in the middle of the night and the owner legitimately needing to go to the airport to catch an early flight. There are also big complexities for privacy and data management.”

So, is greater regulation called for? “The timing of the governance is important,” comments John. “Regulation can slow things down and stifle innovation. Right now, AVs is a high growth market but at an experimental level and disruptive players need to be able to innovate and have an appetite for risk. I think regulation needs to be in place as soon as we have a proven model and completed the testing and verification that needs to happen for AVs to be on the road. The regulations then act as a catalyst for their availability and mass adoption.”

Driverless cars are central to the UK’s next mobility revolution to deliver a cleaner, greener, more productive and inclusive environment.

The shared use of AVs and the availability of them to be called upon for trips when needed will significantly reduce the number of cars on the roads. It will also free up thousands of car parking spaces leading to the expanded utility of urban areas.

“There’s currently a huge redundancy; we have peak traffic times for commuting to and from work and between 9am-5pm we’ve got millions of cars sitting in car parks,” said William. “AVs have the potential to transform all of that. With access to real-time data, government can implement rules for staggered working hours, incentivised shared vehicle use and reduced parking – all managed by the availability and journey cost profile of AVs.”

We will also see the end of the stressful commute, as we all become passengers in cars personalised to our bespoke needs. John said: “This aspect is a huge strength for the mass adoption of AVs. The car is to become a multi-functional environment designed for business, pleasure or entertainment. But the most valuable asset AVs create is time – they free up our human capacity to do other things, whether that’s work, watch multi-media or relax. In fact, the potential for cabin technology is very exciting and that’ll be the driving force behind personal ownership. AVs are about the passenger experience; characteristics like engine performance have less relevance.”

“I think mass adoption will happen in the cities first where there’s less car ownership and a more robust infrastructure,” thinks William. “There’ll be more attention on public transport, shared taxi or pod model where personalised experiences are still possible, but you won’t have access to your own personal cocoon.”

“For less urban areas, where car ownership is more prevalent, a huge mindset change will need to happen. The price point for an AV, potentially £50k-£100k, will mean that most people will be unable to afford their own AV – therefore mass adoption will be about requesting an AV for a journey, like calling a taxi, as opposed to actually having one sat on your driveway at your convenience. But if you get to sit in a car worth thousands of pounds but only need to subscribe to a user service and call it when you wish – maybe that’s OK?” added William.

“The timetable for mass adoption is going to be interesting,” said John. “I think we’ll have hodgepodge of different car technologies on our roads: petrol/diesel, hybrid, electric and AVs. There’ll be some resistance to giving up the freedom and control of driving your own car and there’ll become a tipping point when it’ll become necessary for all cars to be AVs. This will be predicated on the need to have one management control system that removes human risk out of the public environment to create a safe and efficient transport system.”

So, when can we expect this futuristic automated world to become a reality? John gave his prediction: “Given the condition of the electric infrastructure and the slow consumer take-up of electric cars, I can’t see AVs being a reality on roads in the UK for at least another 15 years.”

William presents a less optimistic view: “I think the legislation is what’s going to hold AVs back and then I can see people’s perception being that they need to own their vehicle, but the price will be prohibitive. I think it’ll take at least 15 years to get broad public acceptance and I envisage AVs being 20% of the market in 20 years from now.”

But could it happen sooner? The business case is strong. AVs have the potential to: move people from A-B without human drivers at lower costs, increase flexibility, and dramatically reduce the risk of passenger injuries. There is investment interest and huge opportunities exist for businesses developing R&D for electrification, sensor systems, software, hardware, personalised cabin technology and more.

If you are a company operating in the automotive industry looking to grow or develop R&D, SETsquared may be able to support you via our Scale-Up Programme. We can offer funded support to help develop collaborative R&D bids with the leading automotive research expertise at the universities of Bath, Bristol, Cardiff, Exeter, Southampton and Surrey, which can include commissioning a professional bid writer, project management, conference attendance and travel – as needed to prepare the most compelling bid possible.

Find out more about the Scale-Up Programme
View All 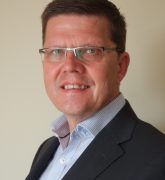